I've never blogged a recipe before. But, I have read plenty of recipe blogs and lots of them are kinda witty but seriously, most of the time I just want the recipe.

I will say up front that the stand mixer is the star of this recipe for the almost instantaneous pulling/shredding of the pork that would ordinarily be quite time consuming. If you don't have a stand mixer, the pork will be soft enough to shred but it will take a lot longer.

Ingredients:
6 boneless center cut chops
1/2 cup water
Spices-I used a southwestern spice mix and fresh ground black pepper on the chops before putting them in the slow cooker
Sliced onions
~Half bottle BBQ sauce of choice
I'm a horrible Texan as I've yet to make my own. I used Stubb's Spicy.

Instructions:
Pour water and some BBQ sauce into slow cooker, stir well.
Place one layer of chops inside slow cooker. Mine allowed for three across.
Put some sauce and onions on top of first layer, then add another layer of chops followed by more onions and sauce. I set mine to cook on low for 7 hours.

At the end of the 7 hours, use a slotted spoon and transfer half of the cooked chops into the bowl of a stand mixer fitted with a flat beater. Mix on low until the pork is shredded to the level you want. Transfer shredded pork into another bowl and shred the remaining chops.

The end result will need saucing.
This part actually works great because while the shredded pork does have flavor without adding sauce, this gives everyone at the table the option of adding the kind of sauce they prefer.

FYI: Using 6 pork chops will yield A LOT of pulled pork. If you have a small family or don't want leftovers, I'd do half. 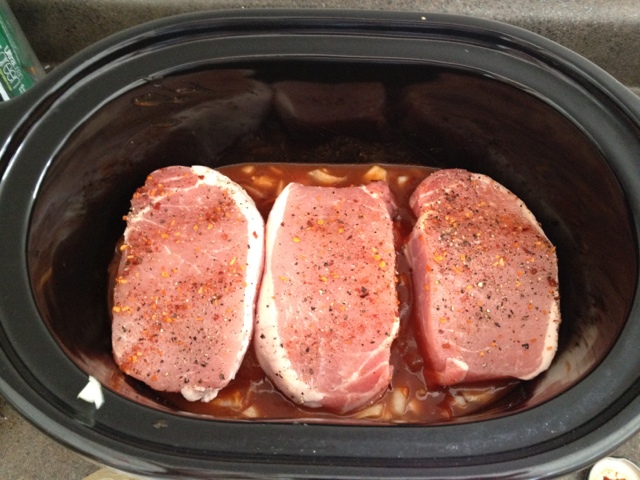 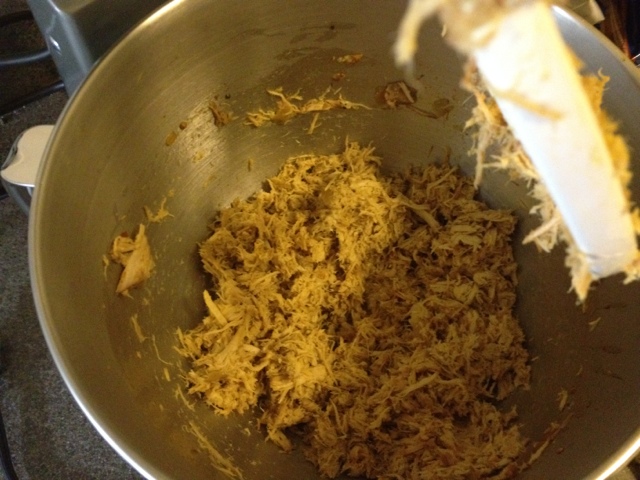